It seems that all the beautiful stories begin around a founding event, an unifying element. It may well be that we had our magical morning on Sunday at the French Mountain Running Championships in Saint-Gervais.

The one who launches an adventure. The one that leaves an indelible memory because forever the first (and not the last, we hope). These moments of communion that confirm the promises posted since the beginning of the season. These seconds of happiness peculiar to victories and successful performances. These little moments of light that reward the work of the shadow of our athletes. This Marseillaise who gives the chills …

This weekend, mountain running has become a collective discipline. From the eve of the race to the podiums, we have experienced it as a team sport that includes the Team, its athletes and its partners, including Re-paint, who welcomed us with the warmth and serenity that surrounds the pretty results. Proving that the taste of victory and satisfaction are far more savory when shared.

Truce of palaver! We are burning to announce the results! To tell you how proud we are of our riders who have dropped out

3 FRENCH CHAMPION TITLES AND A TITLE OF FRENCH VICE-CHAMPION !!!!!

To begin, Anaïs Sabrié becomes FRENCH CHAMPION MOUNTAIN RUNNING following a mano-to-mano of anthology with Christel Dewalle, which she will be defeated by the last hectometers rolling of the course. A huge time (1h18’03) and a consecration for Anaïs, Europe vice-champion, who missed a title to crown a career already rich in memorable performances despite his young age. This Marseillaise, we will remember for a long time! 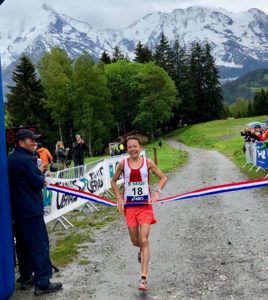 Equally impressive, Lucille Germain takes the title of FRENCH CHAMPION “HOPE” OF MOUNTAIN RUNNING, with a supersonic time (1h21’40) and a magnificent 6th place in the scratch (5th French). Part cautiously, our Vosgienne has started a recovery full of panache in the steepest sections of the course. 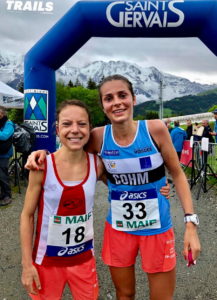 Just minutes later, Simon Paccard and Louis Parent, the team’s two troublemakers, friends in life, offered a sprinting explanation after leading the debates from start to finish. At this little game, it is Louis who wins for a few seconds in front of Simon and appropriates the title of FRENCH CHAMPION JUNIOR OF MOUNTAIN RUNNING. 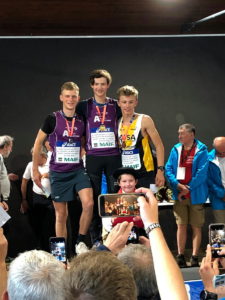 Finally, because it is not necessary to win a victory to achieve a good performance. The group shot of our guys on the men’s race proves:
– Romain Buissart, the specialist, takes a 13th place (1h10’14) few seconds from the top 10
– Anthony Felber, frustrated with his performance at the Marathon Race wins a beautiful 16th place (5th “hope”, 1h11’06)
– Baptiste Chassagne, for his first on this short format, cope honorably with a top 20 (1h11’48)
– Simon Gosselin, the coach, always an eye on his athletes, finishes in 25th position (1h12’25)
– Adrien Grataloup, quickly start with the audacity we know him, tried but stuck in the last part and finish 42nd (11th hope 1h13’49).
– Baptist Ellmenreich, our young skier, in a elevated context, makes a nice race of recovery with a 52nd place (14th hope, 1h14’51) 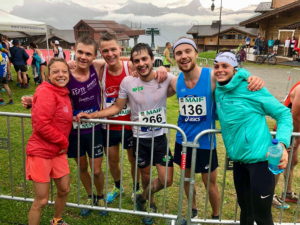 Count on the passion of our youth to celebrate together and savor these performances properly before leaving again motivated to practice, to prepare the next deadlines! 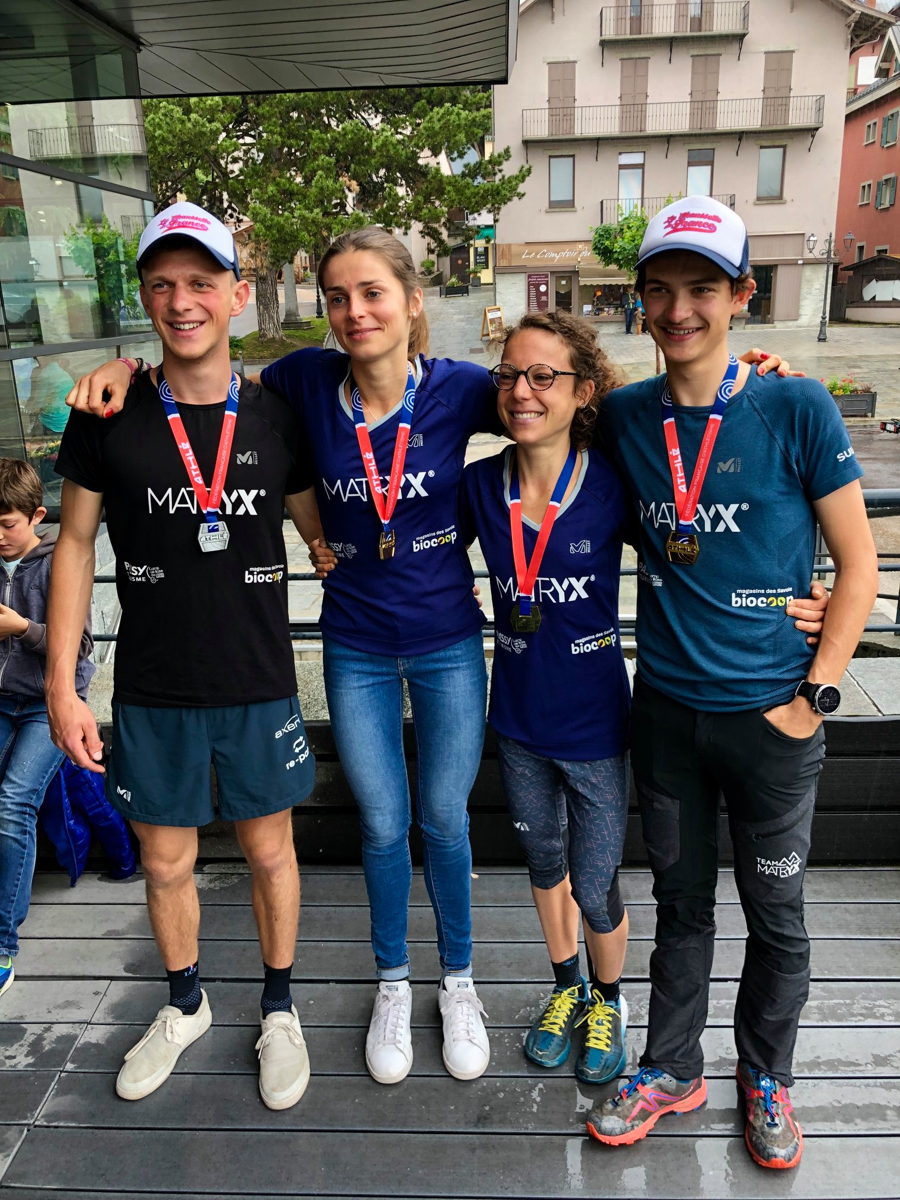