The thrill. Common name designating the thrill accompanying an emotion. It’s the Little Robert who said it.

But it was our athletes who made us experience it this weekend. The big thrill. Two days that will remain engraved forever. A new stone for the new but sustainable building that we are trying to build patiently, day after day, race after race …

The thrill of seeing these young athletes run with the intelligence of the old rogues and the panache of those who have nothing to lose.

The thrill of observing these 9 teammates became friends, who now share more than just a shirt color. Athletes linked by a deep friendship.

The thrill of watching them fall into each other’s arms.

Let’s start with our two rockets. Lucille and Anais. Because if we were celebrating the fiftieth anniversary of Man’s first step on the moon this summer, we have two incredible women in our ranks who would make Apollo 11 blush. Lucille and Anaïs both signed a stratospheric performance this week. -end, drawing from their stride a pretty constellation in the Galaxy Trail: 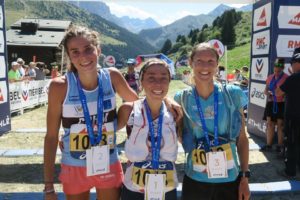 🇫🇷 At 21, Lucille Germain becomes Trail Running France Championship Vice-Champion in 2:53 and 28 seconds, a minute behind the reigning World Champion, Blandine L’Hirondelle. On this technical and mountainous course of 25 km and 1700 m of D +, she proves that the talent does not wait the weight of the years to express itself. It confirms her magnificent season, doubling her title of French Champion “Espoir” in Mountain Running by the Trail. 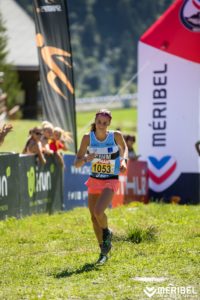 🇨🇭 Anaïs Sabrié, after finding the kind words to put the knife in the teeth of her teammate, went off to make a big blow. A very big shot. In Sierre-Zinal, Mecca of mountain running. With a monstrous time of 3:01 and 59 sec, she signed the best French performance in history, erasing the mark of Aline Camboulives from 2012. 5th of this 46th edition, she rises on the same podium as the international rulers of the Discipline: Maude Mathys, Judith Wyder, Kilian Jornet, Jim Walmsley … 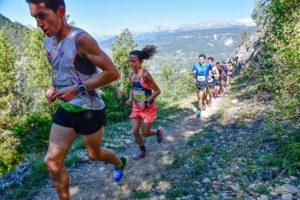 🤟 Inspired by these two bosses who give the tempo and take the whole team in their wake, our boys are in tune:

🇨🇭 Still in Switzerland, still at Sierre-Zinal, Simon Paccard, 19, took the record of the junior event while Mr Jornet took his one of the big ones. On the same rhythm as Jim Walmsey (yes yes, Mr Jim, the real one) on the whole course which was common to them (19 km / 800 D +), it becomes, in 1h 22min and 25 sec, the first French has hoisted the tricolor flag in Helvetian earth. Louis Parent, 18, a gourmet, wins the chocolate medal (4th, 1h 28min and 48 sec). Clever and subtle on the part of our troublemaker, well aware of the know-how of our Swiss friends in terms of tablets. 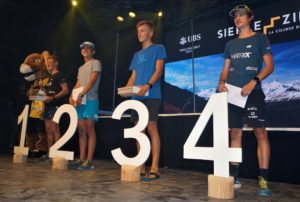 🇫🇷 On the other side of the border, in Méribel, at the French Championships, three of our guys also shined. First Saturday, with Baptiste Chassagne, who won the bronze medal of the French Championships in Trail Running Long Distance (50 km / 4200 m D +) in 6:12. A full race and a performance accomplished for his first on such a long distance. A podium and a Marseillaise gleaned at the end of a victorious battle with Ludovic Pommeret (7th of the last World Championships and winner of the UTMB in 2016). The right reward for perseverance after undertaking a patient athletic construction work with coach Simon Gosselin. One step back to make two ahead. Profitable.

🇫🇷 The next day, Anthony Felber confirms his (very) great summer form by taking the 5th place of the French Championship Trail Running Court Distance (2h34min 47 sec). In a hard test, he made his speaking fluency on the technical grounds and a superb recovery pocketed at the same time the title of vice-champion France Hope. There is no doubt that having Romain Buissart on his heels pushed him into these last entrenchments. Indeed, the dean of the Team finishes at an admirable 6th position (2h35min 12 sec), proving by its regularity at this level that it has from now on the status of sure value French of the discipline. 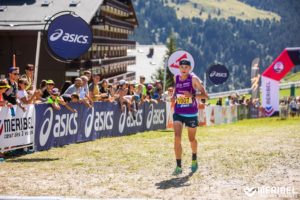 Finally, two other performances, without numbers, are to be highlighted. That of Baptiste Ellmenreich who, deprived of competition by an injury to the ankle, still made the trip to Switzerland with his teammates to provide them with supplies and encouragement. And that of Adrien Grataloup who good Stakhanoviste prepares side Contamines a big (big) peak shape for the coming deadlines, at the same time he works hard in the framework of his double-university project .

The thrill ? Wait … Yes, he is still there and is still galloping on our skin … 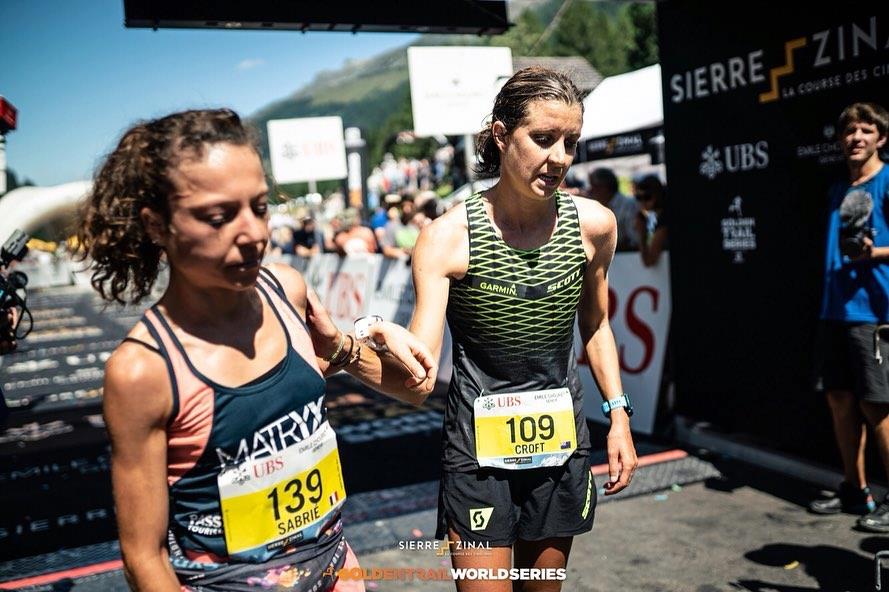